A SNEAK PEAK AT SWAMP GHOSTS

Posted on August 18, 2016 by karenwritesmurder

THE CAR BUMPED and rocked as he drove down the rutted dirt road, steering by a wash of silver light from the gibbous moon. Only a few more nights until it was completely full, making the road nearly as bright as it would be by day, but there was still enough light tonight to see that the way ahead was clear—except for the tall grasses and weeds, indicating no one had driven the road in a long time. That was all the visibility he needed. Not much chance of meeting anyone along such a remote stretch of river, anyway, especially since the state had bought this entire tract of land a few years ago, and chained off all the roads, posting No Access signs everywhere. Still, he wasn’t going to tempt fate by turning on his headlights. Not with what he was carrying in the back on this summer night.

Should be nearing the old canoe launch any time now.

He squinted, peering at the road ahead, waiting to see moonlight on water, and sure enough, there it was. Slowing down, he pulled the SUV into the small turn-around, cut the engine and climbed out, stretching his arms and rolling his shoulders to release the tension from the long drive.

The drive’s always the most dangerous part. Too many ways for something to go wrong. Too many things I can’t control. But no need to worry about that now. No one stopped me. No one even noticed me. And here I am. Just me and the mosquitoes.

Of course, that wasn’t true. There were plenty of other things in his immediate vicinity, but he paid no attention to the sounds of a Florida river at night. Green tree frogs and narrow-mouthed toads sang in a shrill chorus, punctuated now and then by the loud “Kronk!” of the much larger pig frogs. Small animals slipping through the palmettos and underbrush rustled here and there. The high-pitched chirps of flying squirrels sounded from the trees, until the soft trill of a screech owl made them take cover. The night was full of noises, all ignored, as he walked to the rear of his vehicle and opened the tailgate. He eyed the bundle inside with irritation.

Hate hauling that dead weight, dammit! May as well get to it, though. It’s not gonna get any lighter while I stand here wasting time.

And with that thought, he dragged the bundle halfway out and lifted it up over one broad shoulder, bending slightly under the load. Then he walked down to the water’s edge and stopped for a brief moment, considering.

Nope. Way too shallow here. Too easy to spot, in case someone ever does paddle this way again.

Instead, he turned to his right and made his way down a narrow and heavily overgrown path that followed the curve of the stream. It was slow going for a hundred yards or more, with branches and palmetto fronds slapping him in the face and scraping at his arms. Sweat trickled down into his eyes, stinging like fury, but even as hot as he was, he was glad he had thought to wear long sleeves. They at least afforded him a bit of protection from scratches and the relentless mosquitoes, which swarmed his head in a hungry cloud. Repellent kept most of them from biting, but it was hard to breathe without sucking them into his mouth or nose, and their humming grew louder with every slow step he took.

Gritting his teeth, he shifted the weight on his shoulder, and plowed ahead.

Seems to be a longer haul each time, but it can’t be much farther now.

He pushed his way through the worst of the underbrush, and there it was—a small open area on a raised embankment, about four feet above the water. He walked to the edge and dumped his burden on the dirt beside him. Taking a deep breath, he stretched his arms, rolling his shoulders once more.

Damn. Ought to be an easier way to do this. Probably is. But not likely to be as efficient.

Untying the lengths of white rope from each end of his bundle, he opened up the blue plastic tarp. For a moment, he admired his handiwork, once again congratulating himself on his hunting skills, and his ability to outsmart the law. Those clowns had no idea who they were up against.

Snickering, he dragged the tarp closer to the water’s edge. He snapped it sharply toward himself, lifting up on the edge of the plastic, and spilling the contents down the bank, where they landed with a splash in the shallow water below. He stood there, folding up the tarp and watching the moonlit surface of the creek. Within seconds, ripples appeared on the other side, rushing toward him, but slowing as they neared his offering. He waited just long enough to watch the huge head come out of the water, jaws wide, before he turned and walked away. The sounds of thrashing and tearing followed him halfway back to his car.

Alligators. Nature’s best garbage disposals. Soon, there won’t be much left of that little package for anyone to find.

He tossed the folded tarp into his car, and climbed in, just as the first fat raindrops began splatting against his dusty windshield. Within seconds, the water was coming down like only a Florida rainstorm can, heavy and fast. It would be over just as quickly as it started, but not before wiping away all traces of his visit.

He snickered again. Right on time, and thank you, Mother Nature. No need to worry about evidence left behind now. It will all be washed away.

He turned the SUV around, and headed back to civilization, smiling the whole way, and wondering how much longer it would be before some sharp-eyed detective or reporter began to connect the dots. He almost wished they would hurry it up, so he could find out what they would call him.

After all…Son of Sam, The Boston Strangler, The Night Stalker…all the good ones have names. 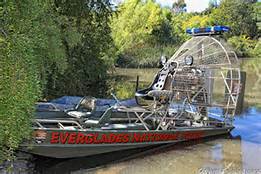