LITERARY PUT DOWNS THROUGH THE AGES PART I

Posted on March 21, 2017 by karenwritesmurder

Whether it be the Bard or Hemingway, insults have peppered literature for centuries.  The are the comic relief in a heavy tragedy or a deep philosophical read.  For the next few blogs I am going to explore the literary quips from the classics to Shakespeare.  I may even delve into some salvos from independent authors.

“All morons hate it when you call them a moron.”
—Holden Caulfield in The Catcher in the Rye by J.D. Salinger. So you’ve questioned someone’s intelligence, and now they’re irate. What better way to drive your argument home? 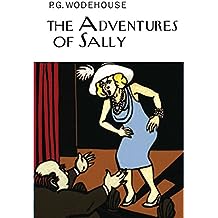 “And she’s got brains enough for two, which is the exact quantity the girl who marries you will need.”
—Sally Nicholas in The Adventures of Sally by P.G. Wodehouse. Kill two birds with one stone: let him know he’s not up to par romantically or intellectually. 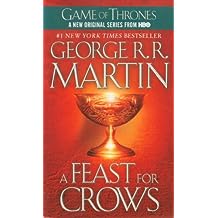 “The man is as useless as nipples on a breastplate.”
—Cersei Lannister in A Feast For Crows by George R.R. Martin. This is how they say “you ain’t all that and a bag of chips” in the Seven Kingdoms.

“I never saw anybody take so long to dress, and with such little result.”
—Algernon Moncrieff in The Importance of Being Earnest by Oscar Wilde. Perfect for someone who’s got about as much sense of style as that of punctuality.

“Don’t try to deconstruct it, Carol — it’s a phenomenon too abstract for your thought process — it’s called humor.”
—Phyllis Riggs in Central Park West by Woody Allen. The expert glove slap for the comedically challenged.

A FEW FROM THE BARD

“Thou art a boil, a plague sore”

“Thou sodden-witted lord! Thou hast no more brain than I have in mine elbows “

When wishing to end a dull or obnoxious conversation
“In my mind, Martha, you are buried in cement right up to your neck. No … Right up to your nose … That’s much quieter.”
—George in Who’s Afraid of Virginia Woolf? by Edward Albee. Perfect for hitting the mute button on the constant raconteur.

And finally, when being shamelessly provocative
“Come and get one in the yarbles, if you have any yarbles, you eunuch jelly thou.”
—Alex in A Clockwork Orange by Anthony Burgess. I mean, really, any excuse to say “eunuch jelly thou,” am I right?