Posted on April 30, 2018 by karenwritesmurder

Perfectly Imperfect
Roses
I sat down and looked at my bank account balance on my iPhone. To say it was laughable, was an understatement. I was twenty- four, stupid, and horrible with finances. I didn’t go out spending money like a baller or anything, but I did splurge for the occasional cute purse and stylish pair of shoes.
I was a glutton for a cute pair of shoes.
Damn.
I looked up at my ceiling, and noticed the peeling paint for the first time. The apartment was a mess, and I had enough money for mac and cheese and hotdogs for the next two weeks, and that was it. No extras, just food, but my bills would be paid, and I’d be able to survive another two weeks until my next big pay was here, and then maybe I would buy a can of paint, and fix the ceiling and the walls. Because now that I was looking at them, they didn’t look that great either.
“Nothing a little poster won’t fix,” I said, standing up and walking over to my one and only hall closet. I had a box full of “this and that’s”. I looked in the box and pulled out a poster of “Moulin Rouge” that I collected at a yard sale last March. It would look cute, and cover up the little hole that needed to be patched next to the door.
I walked to the junk drawer next to the stove in my little kitchenette and grabbed four thumb tacks, hoping that they would hold up the poster, when the phone rang.
“Hey….lloooooo,” I said, as I propped my phone up with my chin and shoulder.
“Uh,” a man’s voice said, then chuckled, “I…is this Mary Hanely’s phone?”
I laughed for a second then spoke, “Sure isn’t. This is Jenna.”
The man sighed. “Ah, well that explains it,” he replied.
“What?” I asked.
“What?”
“What does it explain?” I wondered.
“Why you sounded nothing like a fifty-eight year old woman.”
I laughed. “How old do I sound?”
“I don’t know; I guess maybe twenties.”
I laughed once more. “Yeah, it’s funny I never really thought of it. Maybe I’ll try to sound a little older next time.”
“Maybe put a little more throat into it?” the guy offered.
I giggled. “Maybe. How’s this?” I asked, doing what he asked, but sounding a little froggy.
He chuckled. “Now you’re at least thirty.”
I smiled. “Good. I wouldn’t want to be taken too seriously.”
The man sighed. “So, thirty isn’t too serious?”
“No, I don’t think so,” I replied, then thought about it. “Definitely not. Let me guess…you’re thirty?”
“No, not yet. I’ve got three more years until that happens.”
I smiled, not really sure why. I hung up the poster, then walked toward my couch and sat, holding the phone in my hand. “So, twenty-seven, what’s your name?” I asked, playfully. I wasn’t really sure why I was flirting with the stranger, other than the fact that I had nothing better to do, and he was convenient.
He cleared his throat. “Connor.”
“Nice to meet you, Connor. I guess you have to go then?”
“And why is that?” he flirted back.
“Because you called asking for another woman, and I’m not her, so I’m assuming I’m poaching on someone else’s territory.”
“Mary is my mother, and I’m sure she’ll be okay if I don’t call her right away.”
“Your mom, huh?”
“Do you have something against mothers?”
I laughed now. “Nope. I surely don’t. Are you a big momma’s boy?”
Connor sighed once more. “I suppose so. At least that’s what my sister always calls me, but she’s a brat, so…”
I laughed. “In my experience, one doesn’t mess with momma and her baby boy,” I joked once more, even though it was partly true. I had a boyfriend once that was inseparable from his mother, and it wasn’t at all healthy. They were a little too close.
“How long did that relationship last?” Connor asked, sounding light-hearted.
“Four months until his mother broke up with me.”
Connor chuckled, and I grinned. “Ah,” I said, not knowing what to say now that I got that last part out of the way. 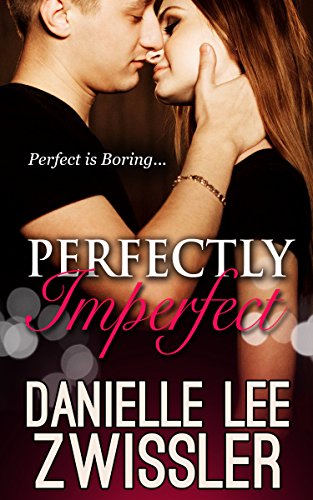 I am a writer, blogger and radio host. I love to read and my love of books has lead me down this path. People tell me I write like Janet Evanovich. I take that as a compliment as I love her Plum books. I feel like Stephanie and Laura could be best friends.
View all posts by karenwritesmurder →
This entry was posted in DANIELLE LEE ZWISSLER, GENERAL INFO, O & P AUTHORS and tagged DANNIELLE LEE ZWISSLER, ROMANCE. Bookmark the permalink.