IMAGINE YOURSELF AT 13 IN A FOOD FIGHT AT SCHOOL! WHILE DOING PENANCE YOU FIND AN ANCIENT ARTIFACT–YOU ARE AMANDA SAULT AND THIS IS THE LAST TIMEKEEPERS AND THE ARCH OF ATLANTIS!!!!

I was more than pleasantly surprised by how much I ended up loving this book. I don’t often read Middle Grade fantasy (or much Middle Grade at all, to be honest) so I wasn’t quite sure what to expect. But I can confidently say that The Last Timekeepers is a series that will probably appeal to you no matter how old you are. It’s that perfect mix of real world humor and pure escapism into an alternate reality, plus there’s a good bit of historical fiction thrown in (which I always love).

The Last Timekeepers are made up of a fun cast of five kids and two adults who are thrown together due to circumstance and destiny. They are given the extremely important role of making sure that history unfolds as it should and that everything stays cool with the timeline. I love, love, LOVE time travel stories, so I was already well on board with this theme, but I found myself truly pulled into the story because of the wonderful way the characters were drawn. The story itself has a lot of funny parts to it and a lot of the dialogue is downright hilarious. I could totally see real kids talking to each other like this. I was also completely charmed by the two adults who accompany them. John, a brilliant archaeologist, and Melody, a good-witch type of character.

Overall this is just an awesome book and I’m really looking forward to diving into the rest of the series. I would recommend it to anyone who likes Middle Grade fiction, Middle Grade fantasy, or anything to do with time travel. 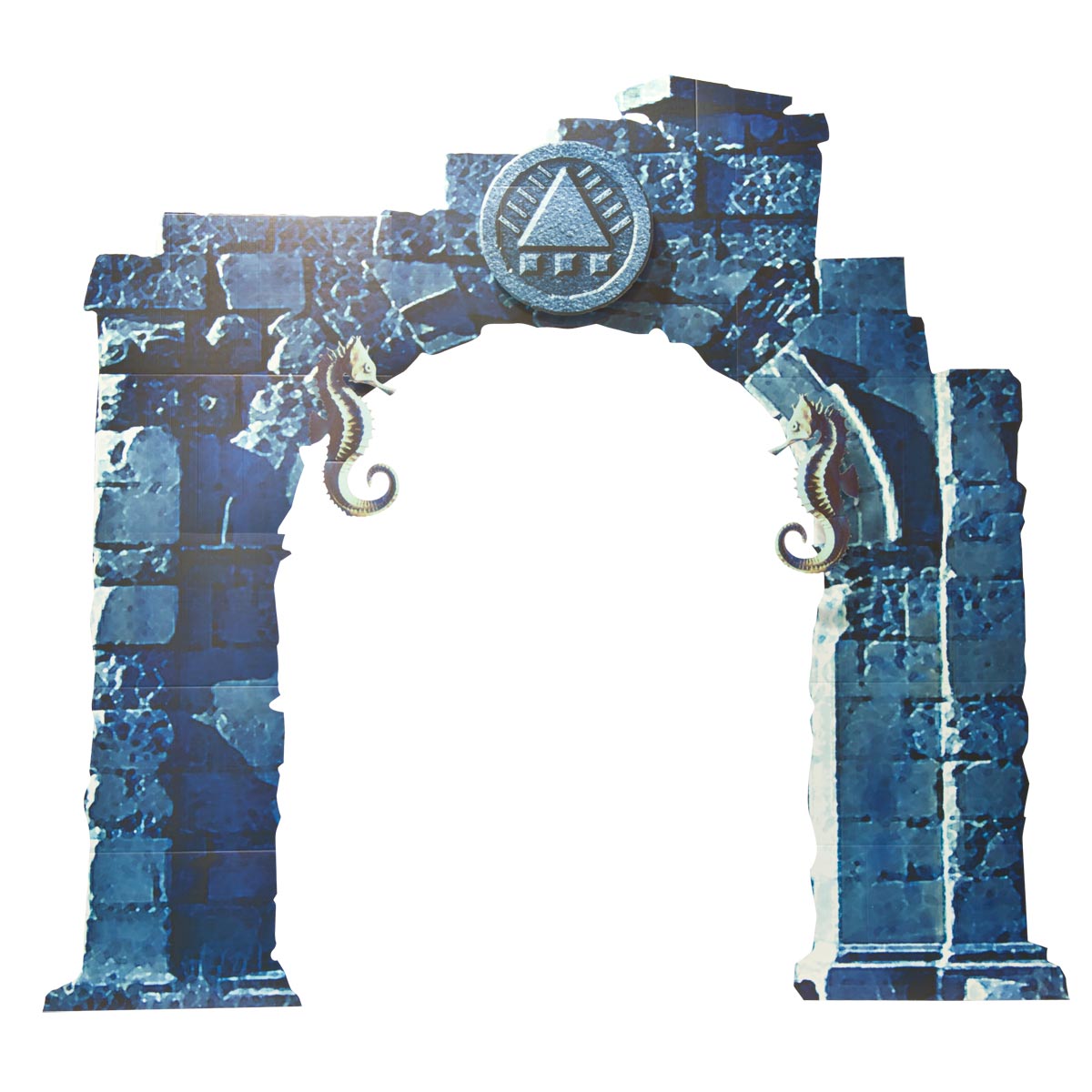 They were almost inside the glowing archway. Its light felt warm and welcoming, like the rising summer sun. Treena stuck her thumbs in the straps of her khaki backpack as if it doubled as a magic parachute. Amanda mimicked Treena and grasped the straps on Jordan’s backpack that she was still wearing. Ravi was the only other person wearing one, so all the rest had nothing to break their fall if that light suddenly cut them loose.

The brilliant, fathomless glow swallowed Amanda, blinding her. Calm and silence overrode her senses. In that moment, two things happened—Amanda sensed that there was no separation between her and the others—as if they were all connected by these tiny threads of light. Second, she started to feel as though she were free falling, moving fast and out of control. She regained her vision, just as the white light exploded into a whirling rainbow.

Drake laughed. “Wicked! This feels like a ride at Disneyland!”

“It feels better than that!” Jordan replied. “I’ve been to Disneyland twice, and there’s no ride that even comes close to this!”

“It’s as if we can fly!” Treena shouted, doing a somersault in mid-air.

“It does feel wonderful, doesn’t it?” Melody said dreamily. Amanda grabbed both ankles and flipped herself over. She giggled. This freedom, this feeling, this flux was awesome. The huge, spiraling rainbow surrounding the group of seven gently juggled them in mid-air like floating balls in a never-ending lottery game. She glanced over at Jordan’s uncle. His cheeks were sucked in, and his body flopped one way then another like a fish out of water.

“Is your uncle okay, Jordan?” she asked.

Jordan maneuvered over to his uncle by spreading his arms and legs wide as if he were a free-falling parachutist. He grasped his uncle’s shoulder and shook him. “Uncle John? Uncle John! Don’t make me slap you again!”

He reached over, grabbed Jordan, and kissed him on the forehead. “It’s all true, Jordan! It’s all true!”

“Time flows through us,” he answered, his voice cracking as if he were a young boy again.

The whirling rainbow burst into shards of light, and they all touched bottom.

It felt soft—like a cushy trampoline—as Amanda, her classmates, Melody, and Professor Lucas bounced easily until they all stood still. Then the ground became solid again. Polished marble walls and finely crafted pillars materialized through the fading light. A sudden high-pitched buzzing noise made her wince. Everyone seemed to hear it too; they cringed in unison. The sound of waves crashing against a shore replaced the buzzing, and a set of deep purple curtains miraculously appeared in front of them. Amanda rubbed her eyes. In the time it took her to take a breath, the curtains were drawn. The brilliant white light that had pulled them into the stone arch now hovered between the open curtains. It started to radiate out, then draw in, out, then in, changing its shape with each rhythmic movement, until it finally transformed into a woman.

The woman was beautiful in an otherworldly way. She had long, fair, flowing hair adorned with quartz crystals. Piercing blue eyes stared back at Amanda like she was peering into her soul. She had a long narrow face with high cheek bones that tapered down to a firm chin. Her nose was long and slender. Amanda smiled at her. The woman smiled back. Her teeth were white, small, and even. She was perfect in every way. A rich-blue sleeveless linen robe adorned her slim body, accentuating her ivory skin.

I wonder if she’s a princess. Amanda didn’t doubt it, especially with all the jewelry the woman wore. A sparkling metallic snake bracelet wound around her left arm, a string of gleaming pearls and shells hung around her neck, and a silver belt strewn with various green, blue, and red gems hugged her waist. The only piece of clothing that didn’t seem to belong was a plain pair of woven sandals.

Melody pushed Drake behind her and took a few steps forward. “I demand that you tell us where we are!”

The beautiful woman gave Melody a gentle smile, and nodded. She opened her arms wide and said, “Welcome to the Temple of Poseidon, in the City of the Golden Gates.”

“Atlantis,” Professor Lucas answered in a whisper. “We’re in Atlantis.”

WHERE TO BUY THE LAST TIMEKEEPERS AND THE ARCH OF ATLANTIS

I am a writer, blogger and radio host. I love to read and my love of books has lead me down this path. People tell me I write like Janet Evanovich. I take that as a compliment as I love her Plum books. I feel like Stephanie and Laura could be best friends.
View all posts by karenwritesmurder →
This entry was posted in O & P AUTHORS, SHARON LEDWITH and tagged FANTASY, LAST TIMEKEEPERS, MIDDLE GRADE, YA. Bookmark the permalink.

2 Responses to IMAGINE YOURSELF AT 13 IN A FOOD FIGHT AT SCHOOL! WHILE DOING PENANCE YOU FIND AN ANCIENT ARTIFACT–YOU ARE AMANDA SAULT AND THIS IS THE LAST TIMEKEEPERS AND THE ARCH OF ATLANTIS!!!!