Posted on July 8, 2018 by karenwritesmurder 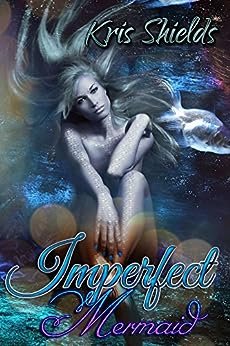 After an infection compromised over fifty percent of the human populations, it was easy to get lost in the world. Charlie was just starting out in her adult life, finishing high school and getting her dream job with NOAA. Her task was to find out what was causing a black taint to spread through the ocean. With her ability to breathe underwater, Charlie found it easy to swim around. She also found that the taint killed everything it touched. For her, she was lucky to have only been exposed in small doses.

Charlie encountered one of the creatures who called the ocean home, and Kendril found a young woman who he thought could help save his people. The merman wanted Charlie to be his one love, but feared after what he had done, she would never want anything to do with him.

Will Kendril be able to let Charlie go if she refuses to live in the ocean? Or will that choice not matter when the taint destroys every living creature in the ocean?

Format: Kindle Edition
The book intrigued me when the author was nominated for one of my Best Indie Titles of 2017 awards on my author blog, and the author was nice enough to share the story with me for a review. First, I need to comment on the cover of the book, as it’s beautiful. It really stands out and it brings the reader in. The story is well written, and if there were mermaids and mermen, this is where they would live, and what they would do, well, maybe. Charlie is the main character, and gets entangled with Kendril, but the story only gets more adventurous from there. I enjoyed the story and understand why it was a nomination.

I received this book free in exchange for an honest and unbiased review. ~Amy’s Bookshelf Reviews

IMPERFECT MERMAID BY KRIS SHIELDS FOR SALE AT AMAZON

I am a writer, blogger and radio host. I love to read and my love of books has lead me down this path. People tell me I write like Janet Evanovich. I take that as a compliment as I love her Plum books. I feel like Stephanie and Laura could be best friends.
View all posts by karenwritesmurder →
This entry was posted in FREYA LECROW/KRIS SHIELDS, O & P AUTHORS and tagged FANTASY, NEW ADULT, ROMANCE, SCIFI. Bookmark the permalink.