SHE HAS HIS DEAD GIRLFRIENDS HEART BEATING IN HER CHEST–CAN HOLLY WIN HIS? YOUR HEART TO KEEP –AMANDA MACKEY

Posted on August 10, 2018 by karenwritesmurder 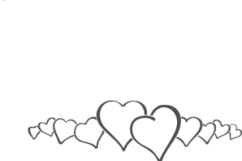 Reviews from the Heart Review

Format: Kindle Edition
What A Heartbreaking Beginning! We have a couple that are very much in love,Jax and Chloe,
driving home after visiting her family. Then,there is a Horrific tragedy that had tears forming in my eyes! One life is snuffed out,and one person lives on only to wish it had been them instead. All Jax could think of after the accident was getting help for Chloe,saving her,without a thought for himself. When he did find out about Chloe,he was told that she did not make it,but that a piece of her did live on! Chloe was an Organ Donor,and her heart had been transplanted into someone else. I kept thinking what an Amazing and Selfless thing to do! Chloe was Soo Young,and she made the choice to help others in the end.Unfortunately, all Jax could think of was that she was laid to rest without her Heart. He was very angry,and that anger was aimed mainly at the recipient of Chloe’s Heart! I started to hate Jax,*shaking my head* he was acting so selfishly!
The recipient is Holly,and she suffers from Marjan’s Syndrome. She wants to reach out to Chloe’s family,let them know how thankful she is for this second chance at life. On the advice of her family and her friend,Leah,she waits before contacting them. When she does,she also includes Jax,in her invitation to meet. I held my breath waiting for them to meet! I was nervous about the outcome! Would Jax meet with Holly,even though he swore he never would? Will he see Holly as her own person,or just the housing for Chloe’s Heart?
I really liked this story,it opened my eyes to Organ Donation! The feelings on both sides of the fence! One person usually has to die so another can live. It’s very sad,but at the same time you can’t help but be proud of the donor! One last selfless act,giving someone a second chance to live. This story brought out a parade of emotions! Sadness,Anger,and Happiness,just to name a few! I would definitely recommend this book!

YOUR HEART TO KEEP:HOLLY AND JAX AT AMAZON

I am a writer, blogger and radio host. I love to read and my love of books has lead me down this path. People tell me I write like Janet Evanovich. I take that as a compliment as I love her Plum books. I feel like Stephanie and Laura could be best friends.
View all posts by karenwritesmurder →
This entry was posted in AMANDA MACKEY, O & P AUTHORS and tagged HEART TRANSPLANTS, MARFANS SYNDROME, ROMANCE. Bookmark the permalink.