THAT SUMMER: MURDER AT CAMP SUMAC

Posted on July 13, 2019 by karenwritesmurder 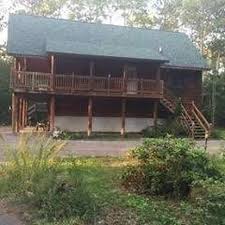 I woke to discover it was late afternoon. I got up and made it out to the kitchen.

“Hey, look who’s away! Patrick stated. He was standing at the sink preparing dinner

“no worries carry. You must’ve needed it. I took the liberty to start dinner. I’m really chops and baking spots also made a salad.”

“Woohoo, a man who cooks. I like it!” I chuckled

“I’m king of the grill. I even have the teacher to prove it. You bought it for me with the kids were younger and can’t believe it still fits.” He said patting his belly.”

“You do well in the kitchen and no one has died yet I guess that’s a plus.” He said winking at me

I smirked. “Good to know. So, when are the detectives going to grill me?”

“He actually called while you were sleeping. How does after dinner sound. I’m sure you want to get it over with.”

I shrugged “works for me. I said as I stretched.

Patrick move my crutches from away from the table but within arms reach “dinner will be in 15 minutes.

I waited while Pat served me. Dinner was great and I told him so. The two detectives showed up at 6: 30.

I nodded “thanks, Patrick says we worked together once upon a time. I wish I remembered.”

“okay so what can you tell me about my accident.”

“You were crossing the street at the College on the way to the parking lot. The car came barreling at you. According to witnesses, the car stopped after they get you but then took off! I’d like to catch the bastard who did this and ban him from driving for life! Alf said vehemently.

“Did anyone get a license plate number?” I asked silently agreeing with his diatribe.

“Yes, one witnessed in.” Alf replied

“and…? I asked waiting for them to continue.

“The car was registered to Tina Bouchard may name Willis.” He explained

for some reason the name Willis did sound familiar but I wasn’t consciously sure where I’d heard it before. I must’ve looked strange because he asked if I called it.

“No, not really. Part of me thinks I should I just wonder why she wanted to run me down.”

Rich spoke up this time “do you have any students by the name Bouchard you might have failed? Maybe this person is a disgruntled parent.”

I shook my head “I can’t be sure but I will look at my records sure Patrick will tell me where the Ark I can’t remember offhand. But her actions seem a tad extreme just because I gave her kid a failing grade. But who knows some people.”

Alf nodded “we’ll get a warrant for student records and have a look. Don’t worry yourself about it.

“Thanks guys. I wish I could remember more.

“ Don’t worry, it’ll come back to you carry. “Rich reassured me.

The guys stayed for more coffee and reminded me of my time at the crime lab.

I sat there thinking and then spoke up “I have a question guys. It’s going to seem strange but I’ve been having dreams about my time at summer camp. Even though my present is fuzzy my past seems to be in Technicolor.

Offset for a minute and then spoke “I’ve heard is common for people with amnesia to remember the past better than present. So, tell us what’s going on?

“ Like I said, it seems strange that in this thing one night I snuck out of my cabin and I came off the scene in the woods. A counsellor and two other campers were there burying something it was a body.” “Wait you witnessed three people bearing a body. Did these people have names.” Rich asked

I nodded and replied “the counsellor’s name was Janet. She was a real pitch from what I can remember too.”

What about the campers?” Rich continued

“Gina and Donna.” I replied

“did you know who the dead body was?”

“They mentioned the name. Katie Manning she was a 12-year-old girl in the intermediate section.

Rich pondered for a minute “what was the name of the camp?”

Patrick answered him camp sumac. It’s near Huntsville Gerry actually used to go to this place and we go there every summer for family week.”

It’s a bit too vivid for my liking. Every time I go to sleep at night I have this dream but it progresses through the events.” I answered

how so?” Alf inquired

“well the next dream I had was the morning after all that happened. There was an announcement at breakfast that a camper named Katie Manning died of an anaphylactic shock. But there was no ambulance or service for the kid the camp whitewashed the whole thing. Maybe it was at her parent’s request, but I don’t know. I know for sure that I saw a body being buried whether was Katie Manning or not.

Rich spoke up this time “that’s interesting. I’m going to research this you got me curious. You’ve either had a vivid dream or some repressed memories are coming out. I suggest you talk to a counsellor about it and see what they say.”

“Thanks, but I really hope you don’t find anything, and this is just a nightmare I am having.” I said sadly

the two detectives shook our hands and said they’d be in touch with more information and then left. Afterwards Patrick made some popcorn and we sat in the family room and watched TV until bedtime.

1 Response to THAT SUMMER: MURDER AT CAMP SUMAC