THIS CHRISTMAS READ THE STORY OF PRESTON RHODES, HIS MANUSCRIPT AND A FICTIONAL TOWN! FALLING WATERS 2ND EDITION BY GARY D. HENRY!

Posted on December 21, 2019 by karenwritesmurder 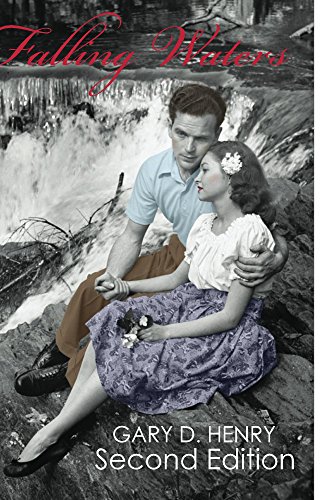 Preston Rhodes was an extraordinary writer. However his actress wife, Carly, didn’t want him to over-shadow her talents so she set out to squash every opportunity that came his way. His father died and left Preston an extraordinary gift. It was his memoirs and Preston immediately saw that the book was literary genius. He set out to write a script and it was immediately touted as the next Gone With the Wind. He set out to sell the movie around the country until an errant bullet to his head sent him to a magical town where all the old Hollywood actors dwelled long after their starlight had been extinguished. Falling Waters was the town where spirits thrived and he was sure it was real. He was accepted and spent a lifetime amid the old stars of Hollywood. He met and interacted with all the greats. When he came out of his coma he tried to convince everyone that the town existed but nothing he could do would convince his friends. That is until they understood that miracles do happen.

Previously, Henry’s career spans twenty-three years in the environmental field and an additional twenty years as a government defense contractor, where he continues to work and where he discovered his knack for writing. As a technical writer for many years, he has written countless reports regarding testing procedures and testing results presented to government agencies for review and acceptance.

Among Henry’s writing habits is the playing of old movies in the background, which nudges his subconscious so the words can flow. He is single and lives in Sterling, Virginia, where he has lived most of his life.

I am a writer, blogger and radio host. I love to read and my love of books has lead me down this path. People tell me I write like Janet Evanovich. I take that as a compliment as I love her Plum books. I feel like Stephanie and Laura could be best friends.
View all posts by karenwritesmurder →
This entry was posted in GARY D. HENRY, GENERAL INFO, O & P AUTHORS and tagged FANTASY, FICTIONAL TOWN, OLD MOVIE STARS. Bookmark the permalink.