Posted on December 28, 2019 by karenwritesmurder 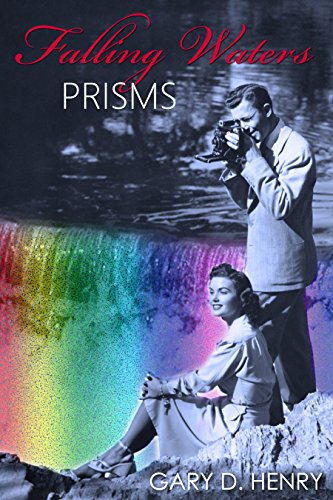 This is the continuing story of Falling Waters. Newly departed Preston Rhodes rules over Falling Waters, the benevolent town made up of recently and long deceased actors from the golden age of movie-making. Once the thespians make contact with Preston, one of their senses were returned to them. The sense of touch returned to them and they rejoiced because they were able to feel again and they all thought that it is their first step back to life. The famous actors and actresses can change their ages instantly to perform movies that made them famous on the stage in an amphitheater in the center of town. Some actors stay in Falling Waters and perform regular jobs to make them feel more alive. Other spirits return to wherever they find utopia exists. Jack and Jill Tilson return as Preston’s best friends. Rick is released from jail early through manipulation and Carly unimaginably returns to him as his wife because of his perceived transformation for the better.

However, Rick had not forgotten his evil ways nor his dislike for Preston Rhodes and Jack Tilson and puts events in play to take over the four unbelievable films the town of Falling Waters made for Preston who then left them to Jack upon his death. Rick succeeded to getting the billion-dollar films but was not satisfied. Through a mistake, Rick and Carly, who reverted back to her treacherous past, found out that Carly’s daughter’s trust fund held the deed to the land on which Falling Waters existed. Rick had never visited Falling Waters and did not believe Carly that the town was real. Preston needed Jack to get the deed back or else the town could not exist if the ground where it sat was disturbed in any way. Preston did what he could in his world and Jack did what he could in his to save the spiritual town. The eternal fate of countless actors depend on Jack and Preston getting the deed back and preserve the land for generations to come.

I am a writer, blogger and radio host. I love to read and my love of books has lead me down this path. People tell me I write like Janet Evanovich. I take that as a compliment as I love her Plum books. I feel like Stephanie and Laura could be best friends.
View all posts by karenwritesmurder →
This entry was posted in GARY D. HENRY, GENERAL INFO, O & P AUTHORS and tagged FALLING WATERS SERIES, FANTASY. Bookmark the permalink.